Why we are modernizing swine slaughter inspection

In the world of food safety, 1993 was a watershed moment. Early that year, hundreds of people became ill and four children died from an E. coli outbreak linked to fast food burgers. At the time, I was studying food safety at Oklahoma State University. Their deaths shocked me in a transformative way. I was pregnant with my first child and the outbreak ingrained in me a passion for ensuring the safety of our children’s food. And it made me realize that government and industry need to take a scientific approach in protecting the food supply.

In my role at USDA, I oversee the Food Safety and Inspection Service (FSIS) and its team of scientists, veterinarians, inspection personnel, and policy experts. These dedicated career civil servants have been working to modernize meat and poultry slaughter inspection and bring it into the 21st century. In fact, FSIS just announced its final rule called the Modernization of Swine Slaughter Inspection. This rule has been in the works for four presidential administrations. It has key provisions based on science to improve food safety that are getting overlooked by those that oppose modernization efforts. 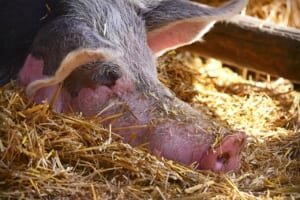