These were the findings of a study commissioned by the Clean Air Day campaign who asked the National Air Quality Testing Services (NAQTS) to conduct four experiments with four families in different UK locations in April and May 2019.

Each study monitored the level of ultrafine air pollution particles over a 24-hour period inside and outside the four families’ properties, which found that ultrafine particle pollution levels were on average 3.5 times higher inside than outside, peaking at 560 times outdoor air pollution. 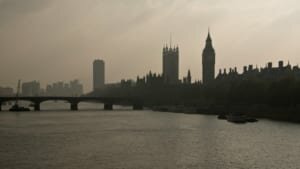