Home/In the press/Studies diverge on link between early antibiotics, obesity

Two new observational studies by scientists in New Zealand provide conflicting evidence on the potential link between early childhood exposure to antibiotics and the risk of developing obesity.

In the other study, which looked at antibiotic use during the first 2 years of life, researchers also found a small association between antibiotic use and obesity risk by age 4. But when the researchers conducted further analysis in siblings and twins with different outcomes, they found no link between antibiotic exposure and obesity, leading them to conclude that antibiotics are unlikely to be a major contributor to childhood obesity, and that other, unmeasurable factors may be at work.

The two studies are in line with other observational studies on the potential association between early antibiotic use and obesity risk in children, a theory based on research showing that antibiotics alter the still-developing gut microbiome of young children in ways that could lead to weight gain. These studies have produced mixed results, with some finding an association and others finding none. 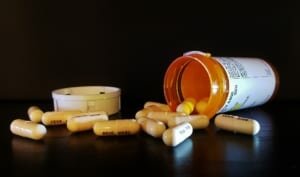