Viruses play an important role in ecosystems, including the built environment (BE). While numerous studies have characterized bacterial and fungal microbiomes in the BE, few have focused on the viral microbiome (virome). Longitudinal microbiome studies provide insight into the stability and dynamics of microbial communities; however, few such studies exist for the microbiome of the BE, and most have focused on bacteria. Here, we present a longitudinal, metagenomic-based analysis of the airborne DNA and RNA virome of a children’s daycare center. Specifically, we investigate how the airborne virome varies as a function of season and human occupancy, and we identify possible sources of the viruses and their hosts, mainly humans, animals, plants, and insects.

Season strongly influenced the airborne viral community composition, and a single sample collected when the daycare center was unoccupied suggested that occupancy also influenced the community. The pattern of influence differed between DNA and RNA viromes. Human-associated viruses were much more diverse and dominant in the winter, while the summertime virome contained a high relative proportion and diversity of plant-associated viruses. 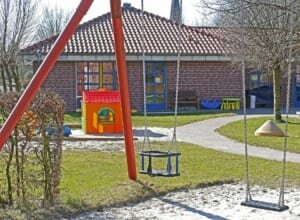 Image by Erich Westendarp from Pixabay