Plague is a zoonotic disease caused by the bacterium Yersinia pestis and is transmitted through the bites of infected rodent fleas. Plague is well known for causing 3 major human pandemics that have killed millions of people since 541 A.D. The aim of this Review is to provide an overview of the epidemiology and ecology of plague in Zimbabwe with special emphasis on its introduction, its potential reservoirs and vectors, and possible causes of its persistence and cyclic outbreaks. To achieve this, we carried out a search and document reported plague outbreaks in Zimbabwe. In the country, human plague cases have been reported in Hwange, Nkayi, and Lupane since 1974. The highest number of cases occurred in 1994 in the Nkayi district of Matabeleland North Province with a total of 329 confirmed human cases and 28 deaths. Plague is encountered in 2 different foci in the country, sylvatic and rural. Risk factors for contracting plague in the country include man-to-rodent contact, cultivation, hunting, cattle herding, handling of infected materials, camping in forests, and anthropic invasion of new areas. Plague is now enzootic in Zimbabwe, and the most recent case was reported in 2012, hence its effective control requires up-to-date information on the epidemiology and ecology of the disease. This can be achieved through continuous monitoring and awareness programs in plague-prone areas. 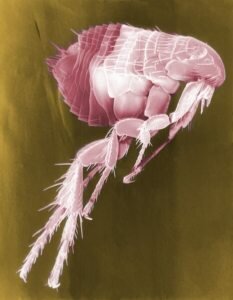