In today’s New England Journal of Medicine, researchers describe the phase 3 trial results of the newly approved modified vaccinia Ankara vaccine (MVA) and said the vaccine is safe and likely effective against smallpox, which is caused by the variola virus. 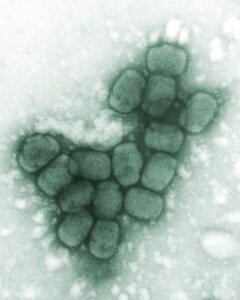