Though wildfire season is increasingly a year-round affair on the West Coast, August is typically the peak. Fires this year have been driving up the most common measure of air pollution, the air quality index.

We’ve compiled a series of interactive graphics based on 10 years data showing air quality levels July through September. We picked four monitors statewide with consistent and representative data for their regions. 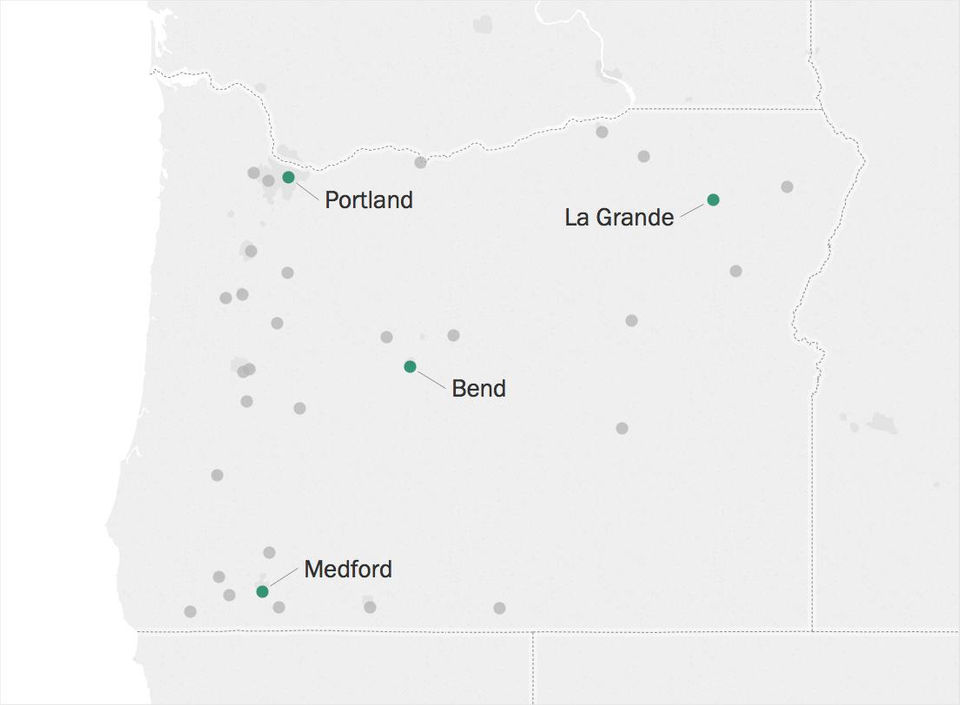 Air quality monitors exist in several cities in Oregon, but data for 2018 is not yet available for all. Our interactive chart focuses on four stations across the state.

Each circle above represents a day, and its volume is determined by the average concentration of particle pollution recorded each hour of that day.

For a closer look at the concentrations and AQIs, you can hover over or select a circle.

A closer look at August, “Moderate” and worse
Melissa Lewis

Air quality has been in the news for Portland the last week or so, but Medford continues to be one of the most heavily impacted cities in the state. It’s the only city in the data to be in the “Very Unhealthy” category at all, and it’s been so three days.

Air quality was not categorized as “Good” across these cities for any day in August.

Unhealthy pollution levels have been more common in recent years

Each day in July, August and September is a line in the chart above. It’s not yet September, and already 2018 is among the worst wildfire seasons for particle pollution in these four cities.

In the chart, you can select individual categories, like “Good” or “Hazardous,” to see just the days whose averages were in those ranges. Or you can select the broader health category, which is how the default view of “Unhealthy for Sensitive Groups” and worse has been set.

Only one day for one city in this data had a particle pollution category of “Hazardous,” meaning emergency conditions that could affect the entire population: September 6, 2017, in Medford. Medford’s also had the greatest number of “Very Unhealthy” days in this data.