Small-scale trial is the first randomized, controlled research of its kind.

People eating ultra-processed foods ate more calories and gained more weight than when they ate a minimally processed diet, according to results from a National Institutes of Health study. The difference occurred even though meals provided to the volunteers in both the ultra-processed and minimally processed diets had the same number of calories and macronutrients. The results were published in Cell Metabolism(link is external).

This small-scale study of 20 adult volunteers, conducted by researchers at the NIH’s National Institute of Diabetes and Digestive and Kidney Diseases (NIDDK), is the first randomized controlled trial examining the effects of ultra-processed foods as defined by the NOVA classification system. This system considers foods “ultra-processed” if they have ingredients predominantly found in industrial food manufacturing, such as hydrogenated oils, high-fructose corn syrup, flavoring agents, and emulsifiers. 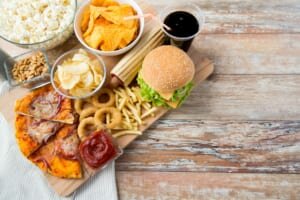