Measles case confirmed in SF for first time since 2013

Measles case confirmed in SF for first time since 2013

A person in San Francisco has been diagnosed with measles in the city’s first case of the disease since 2013, the San Francisco Department of Public Health said in a Tuesday health advisory.

The person confirmed to have measles is an adult who was exposed to the virus during an international flight, according to SFDPH.   MORE: Measles vaccine doesn’t cause autism, says new, decade-long study of half million people

“Countries with large measles epidemics currently include Philippines, Indonesia, Israel, Ukraine, Romania, Brazil, and much of Western Europe,” they wrote. 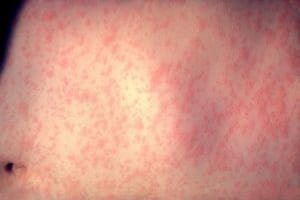