It’s not just A-beta levels that rise in the sleep deprived; tau levels do too

A sleep-deprived brain is awash in excess amounts of not one but two proteins whose bad behavior is implicated in Alzheimer’s disease.

A new study finds excessive amounts of a protein called tau in the fluid that bathes the brain and spinal cord of extremely sleep-deprived adults. Tau, which is tied to nerve cell death, tangles and spreads throughout the brain during Alzheimer’s. An earlier report on these sleepy adults found that the protein amyloid-beta — globs of which dot the brains of Alzheimer’s patients — also increased. 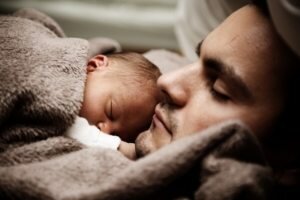