Is it time to rethink how much you drink?

Home/Healthy Home/Is it time to rethink how much you drink?

Is it time to rethink how much you drink?

Contrary to popular belief, a drink or two per day might not help your heart, especially if you’re over 65. Learn if, why, and how you should cut back on alcohol.

Moderation in all things may be sound advice in many situations. But when it comes to drinking alcohol, you might want to reconsider that stance. For one thing, the evidence that moderate alcohol use is good for your heart is fairly weak (see “Alcohol and your heart: What’s the evidence?”). For another, many people have a poor grasp of what actually counts as “moderate” drinking. Finally, what constitutes a safe level of drinking can change over time, because alcohol affects your body differently as you age.

“In my experience, people’s perceptions of what constitutes moderate drinking are not always accurate,” says Dr. Monika Kolodziej, a psychologist who specializes in substance use disorders at Harvard-affiliated Mclean Hospital. People may stick to one or two daily drinks, but the actual volume of alcohol in their wine glass or tumbler is quite a bit more than they realize, she says. For some people, “one drink” may be 6 ounces of whiskey — which actually counts as four drinks. Many mixed drinks, such as martinis and margaritas, contain more than one type (and serving) of alcohol (see “What is a standard drink?”).

Alcohol and your heart: What’s the evidence?

Moderate alcohol use — defined as one drink or less per day for women and two drinks or less per day for men — is often promoted as beneficial for heart health. Those thresholds come from observational studies showing that moderate drinkers tend to have lower rates of heart disease. But these studies can’t prove cause and effect. Light-to-moderate drinkers tend to be educated and relatively well-off, so they’re more likely to have heart-healthy habits that may explain their lower risk. In addition, nondrinkers may have underlying health problems that led them to stop drinking, which can also confound the results.

A study in the April issue of the journal Addiction notes that recent large, multicountry studies have contested the cardiovascular benefits of alcohol use, suggesting that the safest amount of alcohol may be none. Even if light-to-moderate alcohol use isn’t a problem, occasional binge drinking (more than five drinks within a few hours) reverses any possible protective effect, the authors 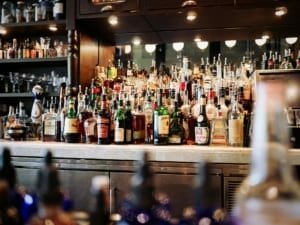 note. Drinking more than moderate amounts of alcohol on a routine basis can raise blood pressure and also increases the risk of heart rhythm problems such as atrial fibrillation. And chronic heavy drinking can lead to a form of heart failure known as alcoholic cardiomyopathy.