Contrary to popular belief, pollution is not just a problem confined to the great outdoors. While most of us will not be able to see signs of pollution inside our homes, the air quality of indoor spaces is becoming worse as cars, power plants and construction projects continue to wreak their polluting havoc on UK cities

According to the World Health Organisation (WHO), pollution (including that which seeps into homes) is one of the most significant and progressive risks to adults and children’s health. Making sure that indoor pollution levels are kept to an absolute minimum is a vital concern worldwide, with various governmental bodies, scientists and commercial organisations stepping in to address the issue.

So what exactly is indoor pollution?

Indoor pollution is less visible than that pumped out by the flagrantly polluting industrial projects and vehicles found in our cities. It exists in similar forms, however, and tends to accumulate through filters travelling from outdoor city spaces into indoor domestic and commercial spaces. In this way, city-dwellers have little option but to breathe in a concoction of contaminants and chemicals every second of every day.

What’s more, the outdoor pollution that filters into homes is combined with pollutants produced within the home itself, often referred to as Volatile Organic Compounds (VOCs). VOCs are released through a number of processes such as cooking food at high temperatures, scrubbing the kitchen with specialised cleaning products, using air fresheners, or growing mould or mildew. Everyday household chores often come with their own risk to human health, particularly when it comes to respiratory and skin problems.

Indoor pollutants can be deadly

Particulate Matter (PM) is the most dangerous form of pollution for humans and can be found in high doses in many households thanks to the use of stringent cleaning chemicals, charcoal and wood burning stoves. In 2017, over 35,000 deaths in the UK were thought to be caused by PM, a sure sign that something needs to be done to lower the particles’ presence in households. What’s more, indoor pollution has been linked to a number of serious and potentially deadly illnesses including asthma, certain types of cancer, heart disease, diabetes, liver damage, and kidney damage.

Another issue compounding the problem is that people now spend an average of up to 90% of their time in one room, and are forgoing time in the outdoors. Indeed, respiratory expert Professor Louis-Jean Couderc has linked an increasing prevalence of respiratory problems to the worsening quality of our indoor atmospheres, as the effect of mould, cooking processes and stringent cleaning products take a toll on our health. However, there is one simple solution to this issue: to let the outside in more often and to let harmful PMs out into the open.

How can I reduce my indoor pollution exposure?

While it would be virtually impossible to eliminate all pollutants from your home, there are small changes you can make to reduce your exposure to harmful substances. For example, replace a log fire with alternative heating methods like bio fires, invest in an air purifier, or cut down on the number of chemical pollutants in your home.

Imaginfires have created the below infographic on indoor air pollution in 2018, showing facts and statistics around its detrimental effects on human health, and what you can do to reduce its impact. 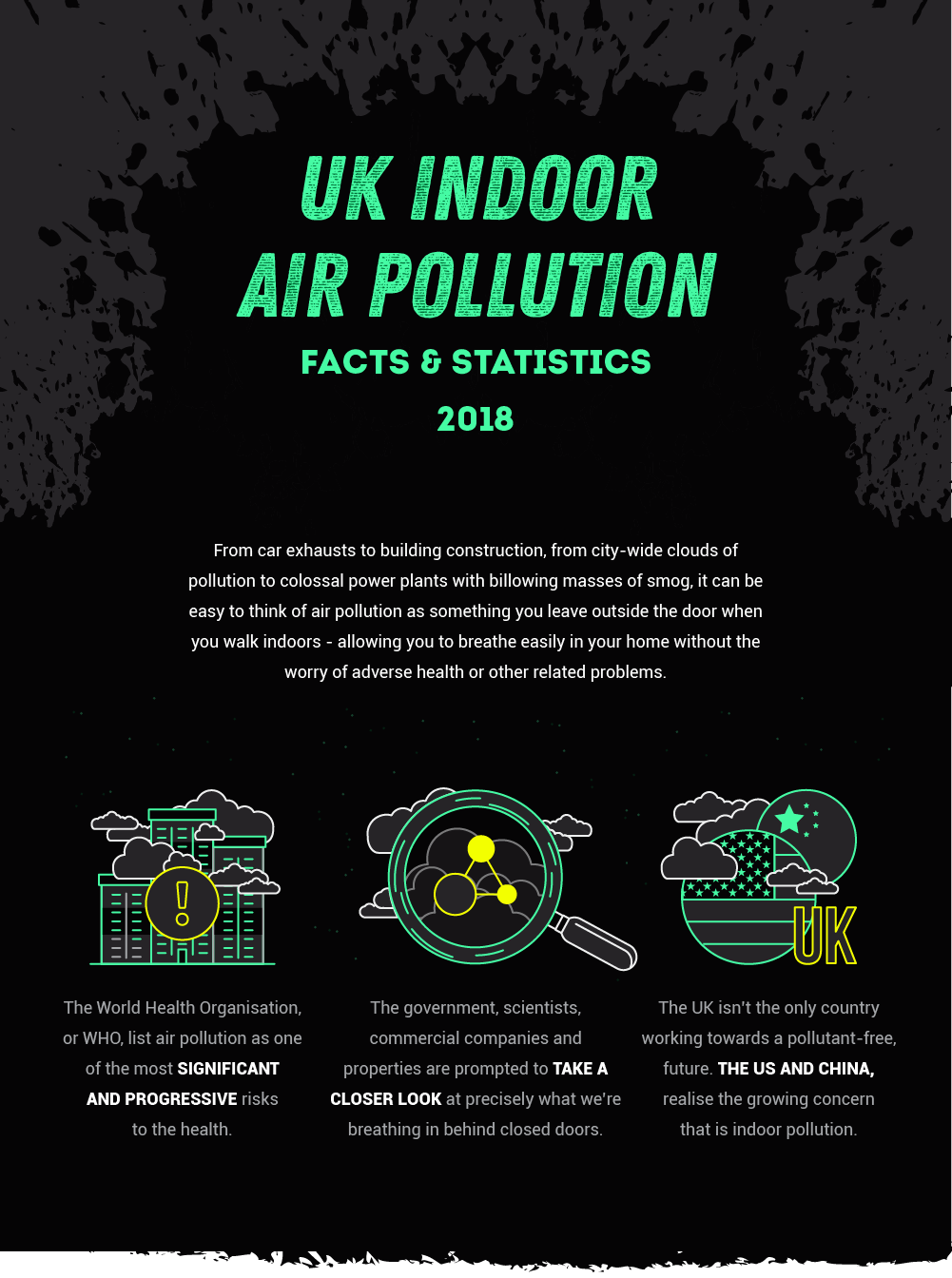 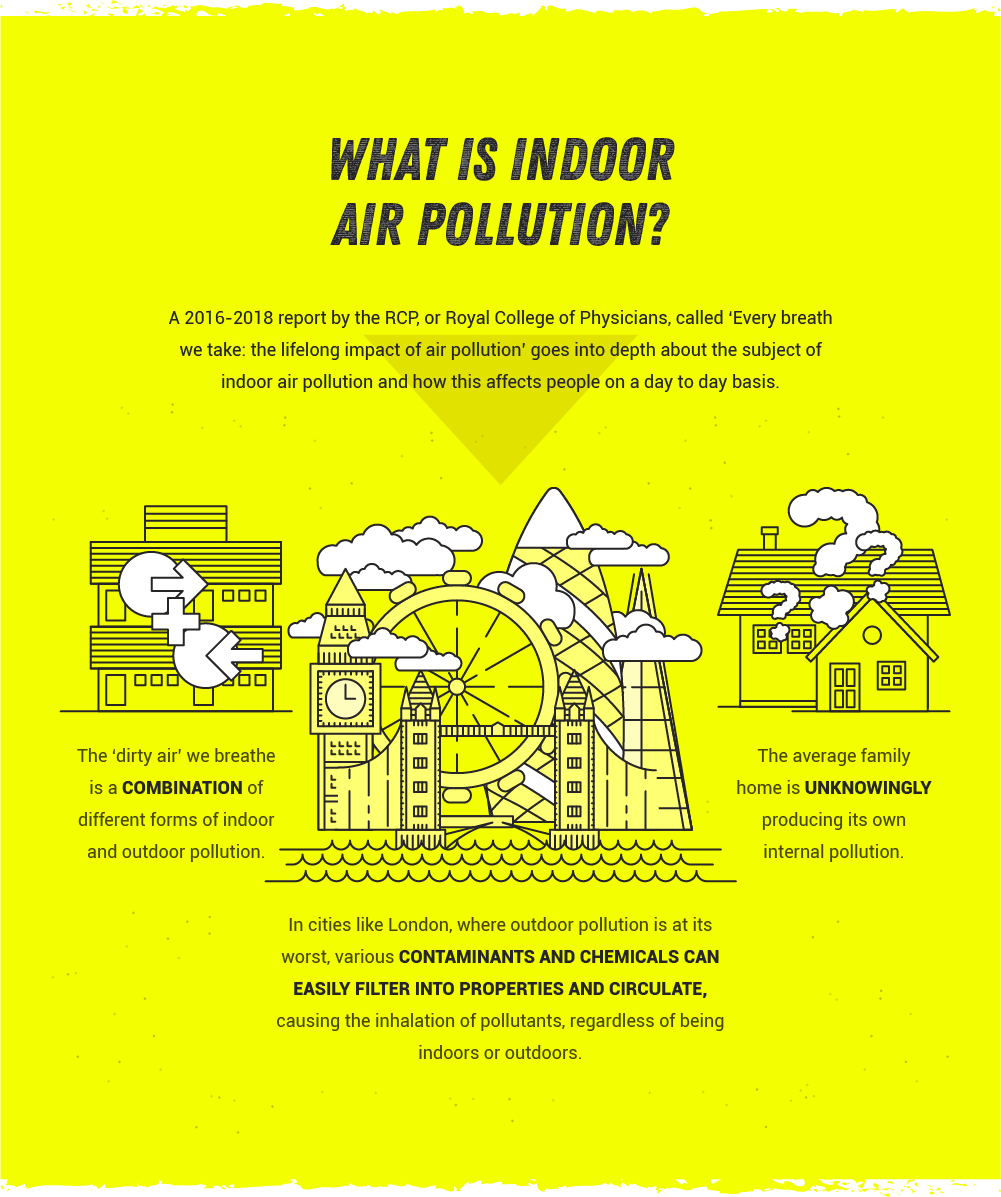 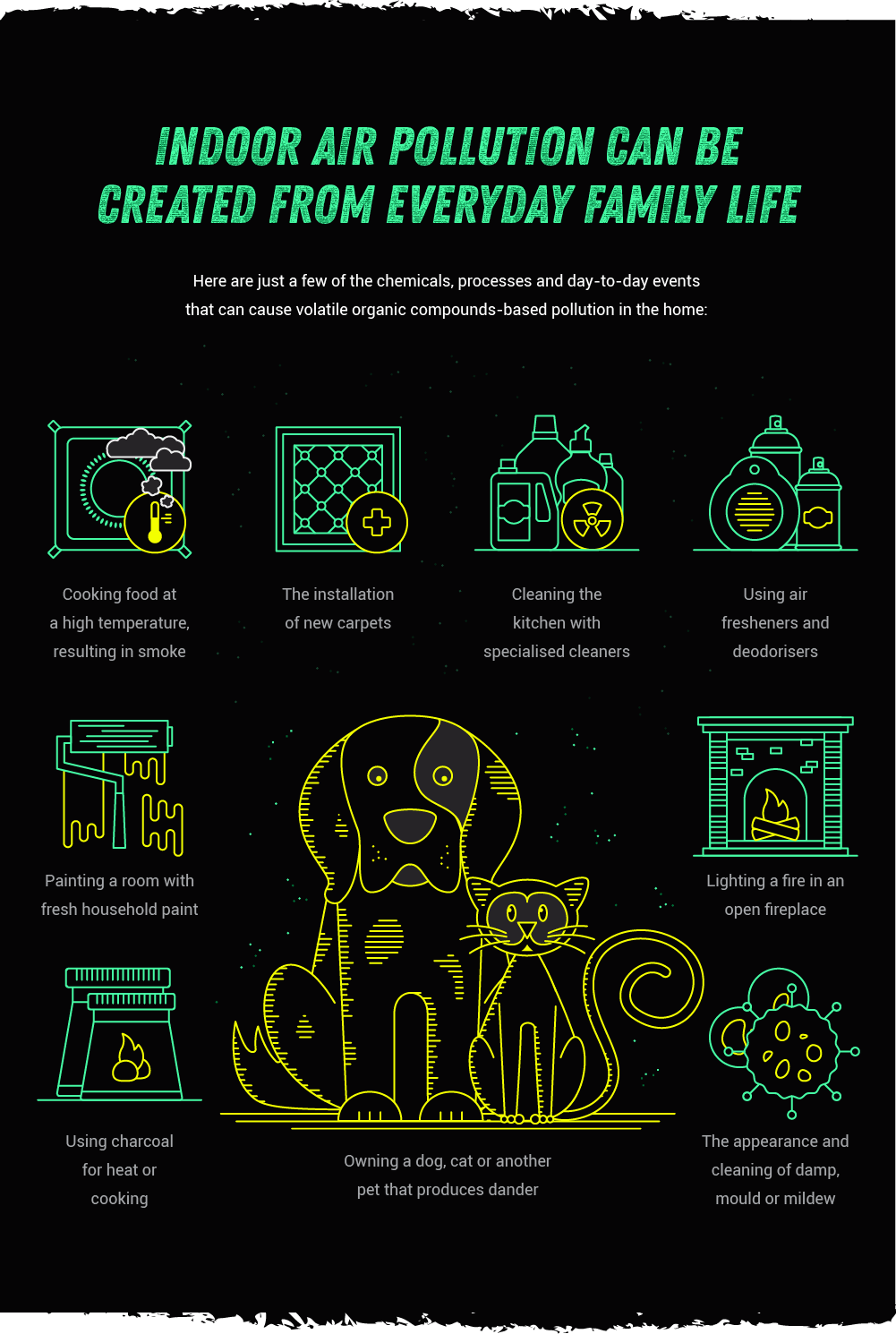 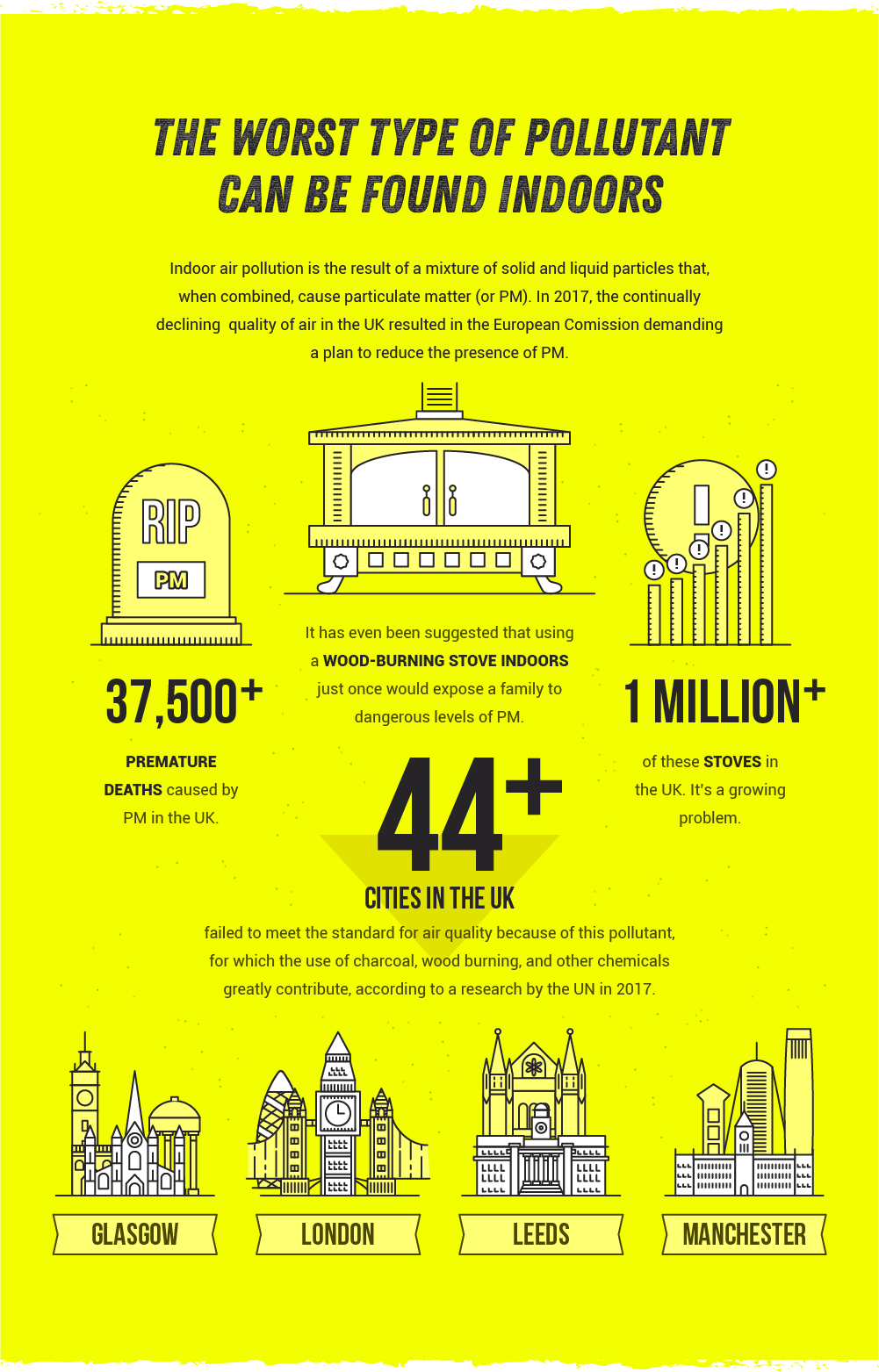 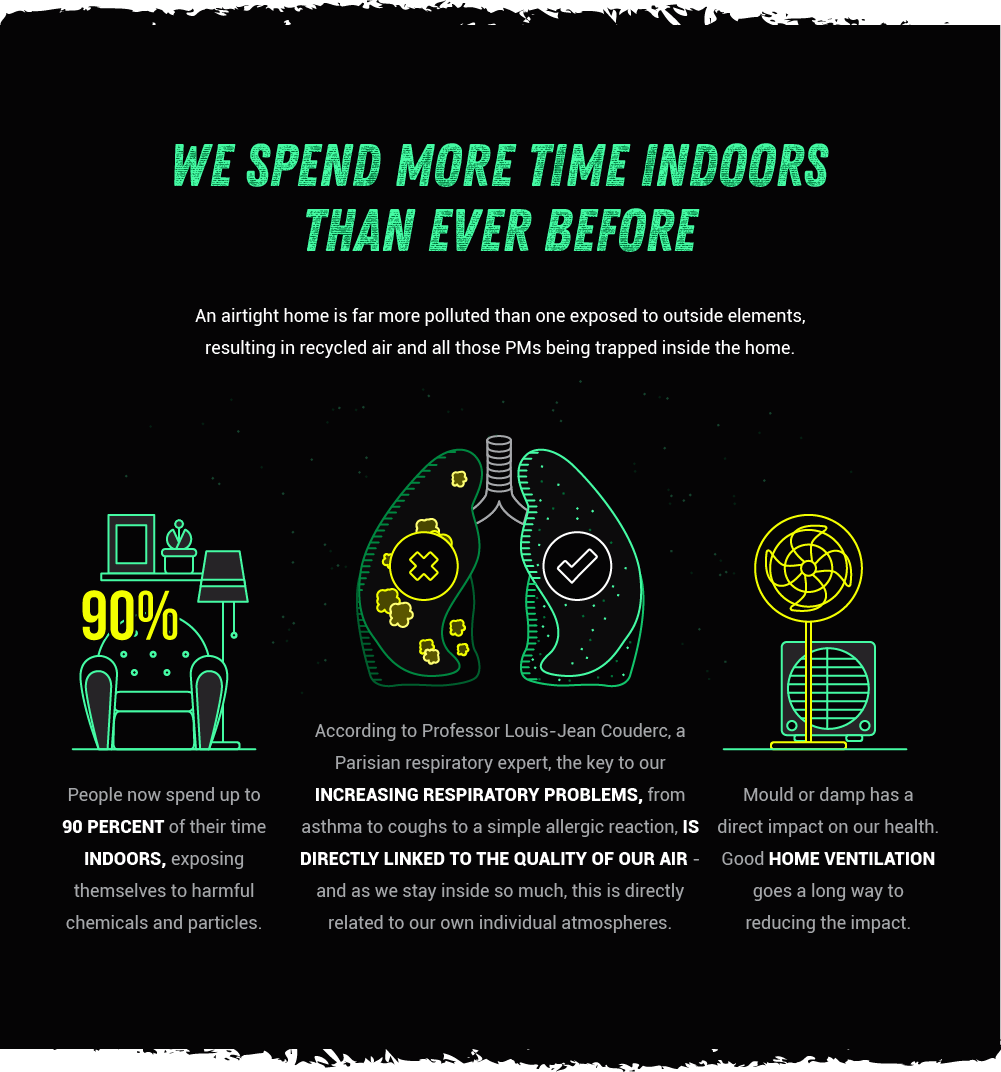 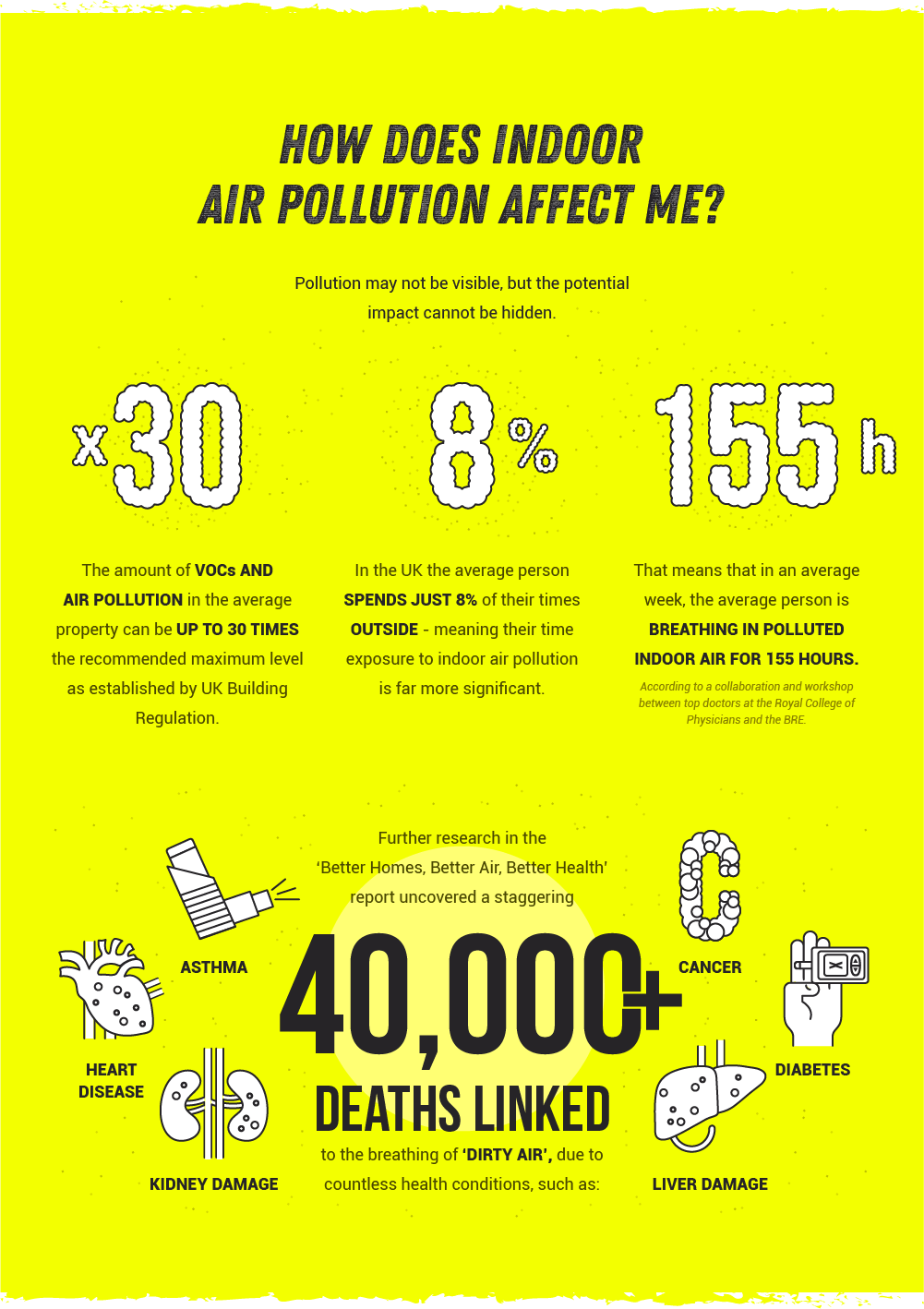 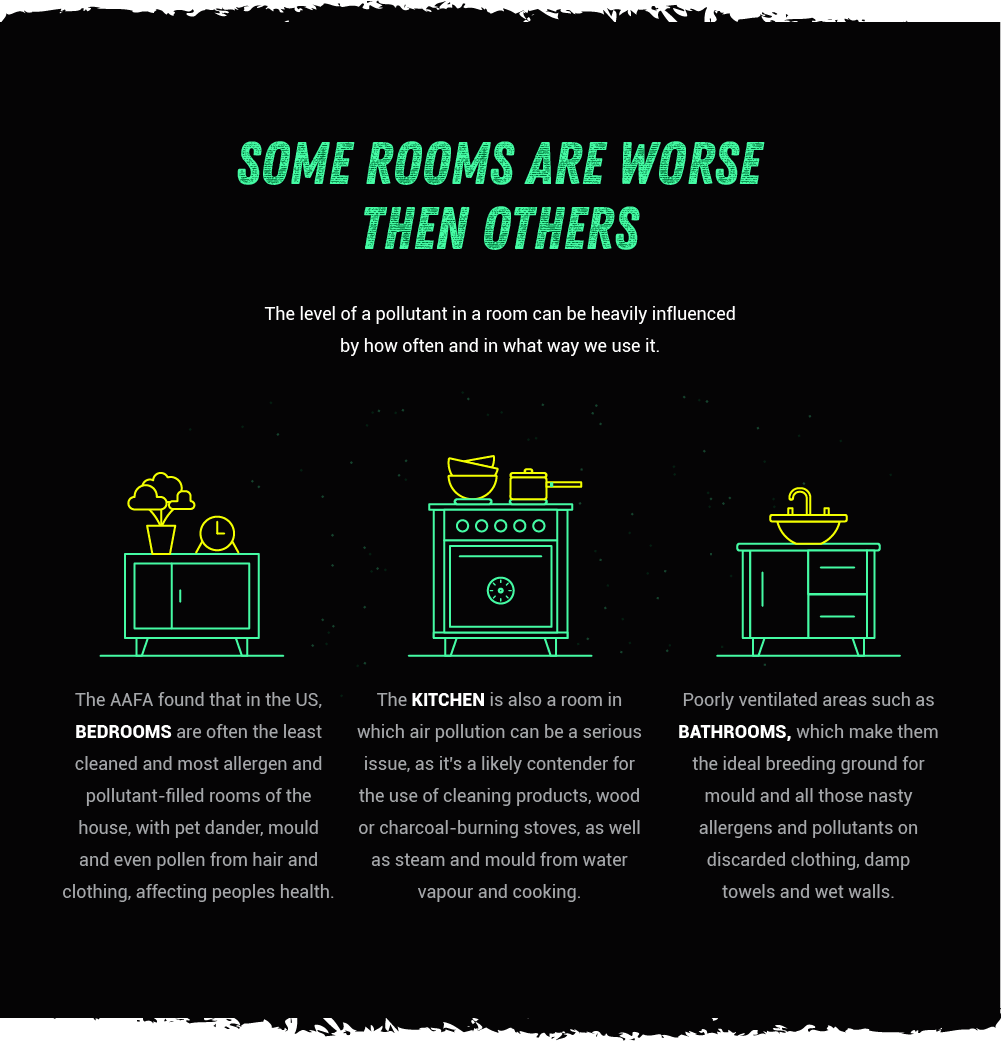 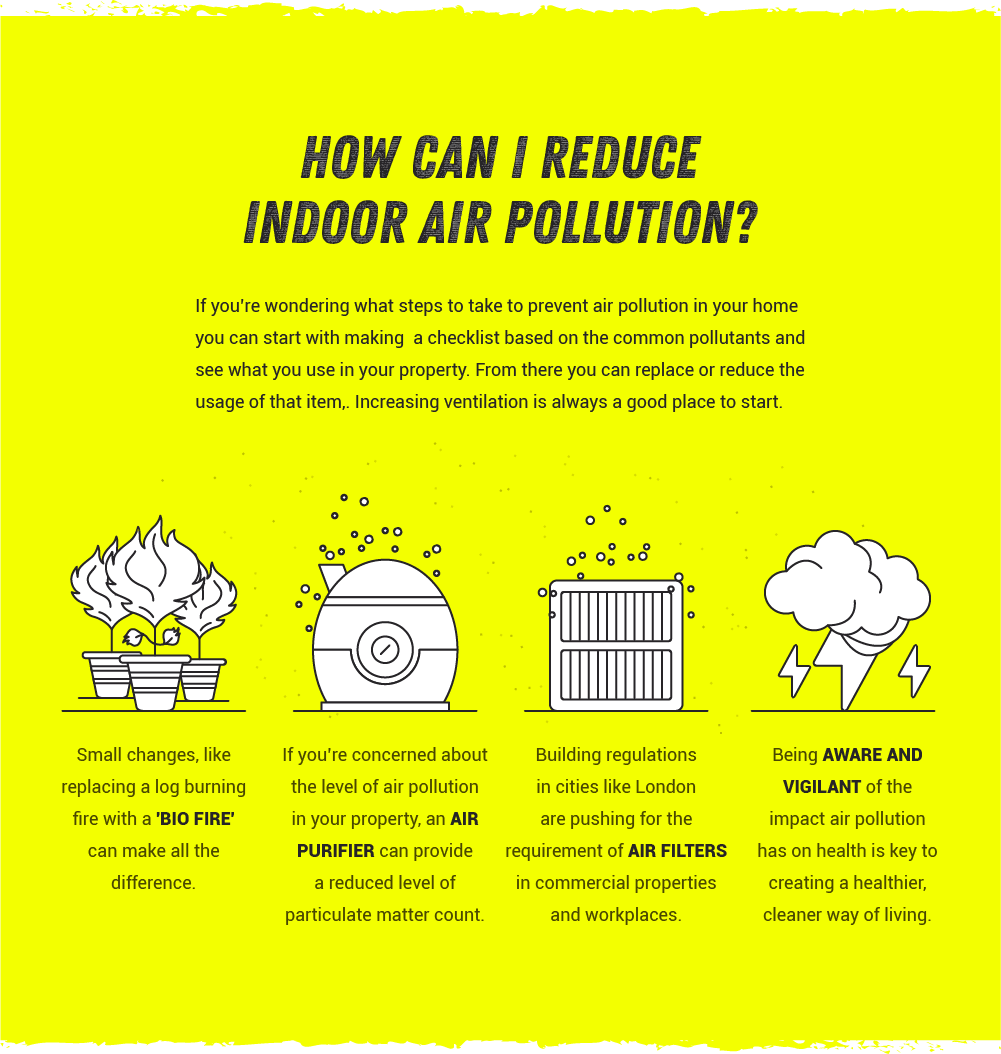 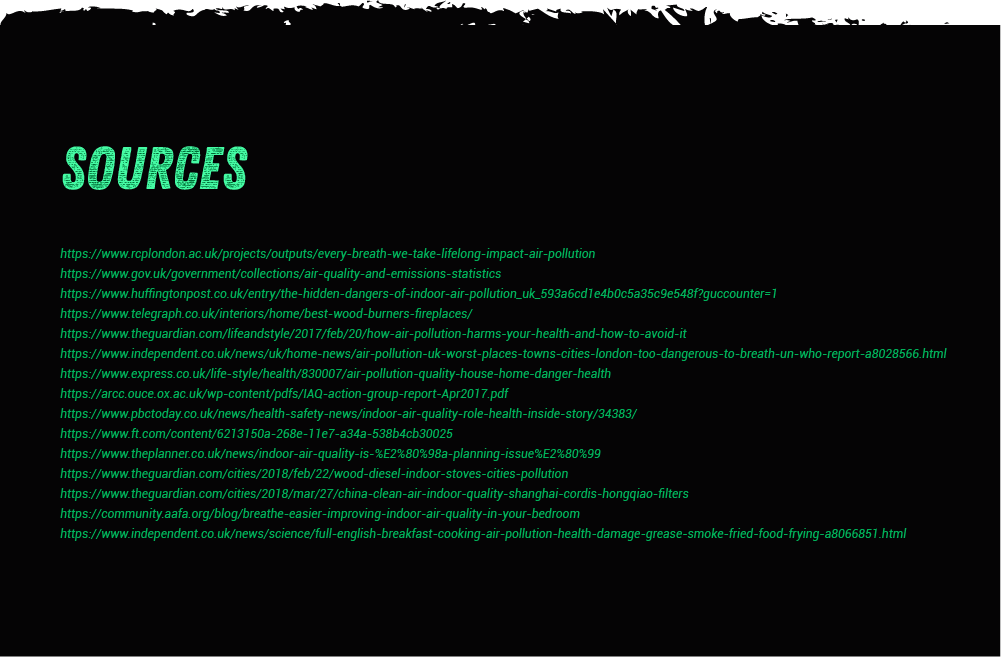