Home/In the press/Hong Kong’s battle against antibiotic resistant superbugs pits it against doctors, farmers and practices on mainland China

A drug-resistant killer infection is at Hong Kong’s doorstep and if Candida auris arrives, it will add to the list of superbugs already in the city and proving hard to bring under control.

The fungal pathogen, said to be more infectious than Ebola, has spread quietly through 30 countries since 2009. Most people contract it in hospital, and worldwide about six in 10 of those infected have died.

Multiple cases of Candida auris have been reported in mainland China. No case has been reported yet in Hong Kong, and while medical experts reckon the fungus may not be a major threat to the city right now, they are still bracing themselves for its possible arrival.

The city is already grappling with superbug infections that result in about 700 deaths each year in public hospitals. Globally, the overuse of antibiotics has been blamed for creating superbugs – bacteria that are resistant to conventional treatments and can prove fatal.

Doctors have been blamed for prescribing antibiotics unnecessarily and to an extent that patients develop a resistance to the medicines.

Keeping superbugs at bay is simple – always wash your hands

The other critical group are farmers, who pump their livestock with such high amounts of antibiotics to keep them healthy that humans who consume the meat can also develop a resistance to drugs.

In July last year, the Hong Kong government announced a five-year plan to bring down drug resistance in humans. One year on, experts say more needs to be done to wean private general practitioners and farmers off their reliance on antibiotics.

Farmers face a pending ban on using antibiotics in livestock without a veterinary surgeon’s prescription. However, it is proving difficult to persuade private doctors to report their antibiotic prescriptions so they can be tracked and supervised.

All 43 local public hospitals and institutions and most of the 12 private hospitals have begun screening patients to identify superbug carriers. In the public sector, the patients screened include those who were hospitalised outside Hong Kong in the past 12 months, those who have spent 14 days or more in hospital, and those with unexplained diarrhoea.

Being a superbug carrier alone does not make a person ill, but carriers risk developing other infections when their immunity is weakened, such as when they undergo surgery or spend a prolonged period in hospital.

Carriers identified through screening are isolated to prevent them from infecting others. In general, it can take weeks or months to get the superbugs cleared from a carrier’s body, Tsang said.

Professor Yuen Kwok-yung, a prominent microbiologist at the University of Hong Kong, described the case of a middle-aged pneumonia patient who was found to have contracted at least four types of superbugs.

“We couldn’t use any medication as that patient was resistant to every drug we used,” Yuen said.

The patient had been on a ventilator in a hospital for about a month before being moved to Queen Mary, HKU’s teaching hospital. The patient’s lungs became “white and stiff”, Yuen said, and doctors could not pump oxygen into the patient’s body to help with breathing. The patient developed lung failure and died within a fortnight, said Yuen, who did not want to reveal more details to protect patient confidentiality.

What are the superbugs?

It is unclear how many types of superbugs are out there, but the World Health Organisation last year published a list of 12 that posed “the greatest threat to human health” and said new antibiotics were urgently needed to combat them.

The superbugs are commonly referred to by their acronyms, and some on the WHO list which are also found in Hong Kong included CPE (Carbapenemase-producing Enterobacteriaceae), MRSA (Methicillin-resistant Staphylococcus aureus) and VRE (Vancomycin-resistant Enterococcus).

In general, people who have been hospitalised are more likely to be infected by superbugs, their symptoms vary, and then they have fewer choices of drugs for their conditions.

Tsang said CPE, for example, could cause urinary tract infection and the inflammation of wounds. VRE can affect patients similarly and also lead to gynaecological infections. MRSA can cause pneumonia, bloodstream infections or even death.

Is Hong Kong ready for the next deadly epidemic?

The Hospital Authority, which oversees the overburdened public health care sector that accounts for about 90 per cent of inpatient care to the city’s 7.4 million people, has dubbed CPE “Enemy No 1” among superbugs.

There is limited effective treatment, Tsang said, it is highly transmissible and has a relatively high mortality rate.

Between 2011 and 2017, Queen Mary and Queen Elizabeth hospitals had the most CPE cases, but Tsang attributed that to their stricter screening procedures.

Dr Anthony Lee Kai-yiu, chairman of the Hong Kong Private Hospitals Association, which represents all 12 private hospitals, said most of its members check for some kinds of superbug.

What each hospital checks for varies

At the 407-bed Union Hospital where Lee is chief hospital manager and medical director, MRSA screening is done routinely for non-local patients who come to give birth or undergo surgery. It also screens all patients scheduled for surgery who were hospitalised in the previous six months, and those having implant surgery, including joint replacements.

At the 360-bed Tsuen Wan Adventist Hospital, patients are checked for VRE if they were warded in the previous three months at a public hospital with a “significantly high rate” of VRE.

The 500-bed Gleneagles Hong Kong checks for MRSA, VRE and CPE in patients likely to be at risk including patients living in residential care homes for the elderly.

Tsang pointed out that among public hospitals, North District Hospital in Sheung Shui, near the mainland Chinese border, recorded the third-highest number of CPE cases between 2011 and 2017.

“North District Hospital usually is the first stop for people to visit if they are feeling unwell after returning to Hong Kong from the mainland,” Tsang added.

Mainland China is among the world’s biggest producers and users of antibiotics.

Peter Hawkey, professor of clinical and public health bacteriology at Britain’s University of Birmingham who has studied antimicrobial resistance in mainland China, said screenings for superbugs were less common in hospitals there.

“People who had hospital treatment on the mainland are much more likely to have CPE,” Hawkey, who gave a talk in Hong Kong in May on his research, said.

An HKU study published last month in the scientific journal Cell Reports found more bacteria with antibiotic resistance genes on the East Rail Line, which connects Hong Kong to the mainland, compared with seven other MTR lines studied by the researchers.

Aside from CPE, the superbug MRSA remains highly prevalent and a challenge to deal with.

Yuen has been a key advocate for tougher antibiotic regulation, saying last year it was “horrifying” that half of Hongkongers surveyed by the government said they had taken antibiotics in the past 12 months. He said he had not taken any in 30 years.

Health department records show that private doctors accounted for more than half of antibiotics supplies between 2014 and 2016, and Yuen feels not enough has been done to monitor how these primary care doctors prescribe the drugs.

All prescriptions by public doctors are kept in the Hospital Authority’s electronic record system, but there is no similar collection of private doctors’ records, Yuen said.

Antibiotics are only useful in treating bacterial infections and do not work for illnesses caused by a virus, such as a cold and flu. However, a health department survey of 1,255 people found that more than half believed a cold and flu could be treated by antibiotics.

“Young children, elderly people or people with heart problems could easily have a bacterial infection, as viral infections would weaken their immunity. Therefore antibiotics would be prescribed earlier to protect them,” Yeung said.

Yuen wants private doctors to be monitored better, but there is nothing to compel them to report their prescription behaviour because they are not government employees.

Authorities have been exploring asking private doctors to report their prescription data on the electronic health record system, which is shared by public and private health care sectors, but that would be on a voluntary basis only.

Dr Gabriel Choi Kin, immediate past president of the Medical Association, the city’s largest doctors’ group, agreed doctors should prescribe antibiotics appropriately, and said his group was planning a series of nine lectures to get the message across to family doctors. The lectures begin in December. 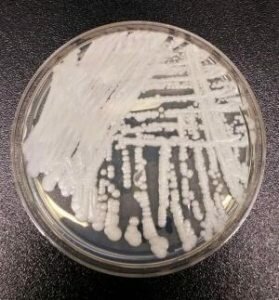 Early this year, the health department’s Centre for Health Protection met private medical groups, which each run dozens of clinics each, to solicit support in providing data on antibiotics prescriptions.

Quality Healthcare, a private group which operates about 110 clinics, said it supported the government’s initiative to encourage judicious use of antibiotics.

“We are now conducting a study internally and will share related statistics with the Centre for Health Protection at a later stage,” a spokesman said, adding the group’s clinics performed regular reviews to monitor appropriate antibiotics use.

As the battle to beat superbugs continues, Yuen is impatient for change in how private doctors prescribe antibiotics.

He thinks parents should send photos of medicines prescribed for their children to the health authorities, as a way to monitor prescription patterns.

Choi shot down the idea, saying it would damage the relationship between patients and their doctors.

“A patient would send photos of medicines only if he didn’t trust the doctor,” Choi said.