By using commercial insurance claims data, we estimated that Lyme disease was diagnosed and treated in ≈476,000 patients in the United States annually during 2010–2018. Our results underscore the need for accurate diagnosis and improved prevention.

Lyme disease is caused by Borrelia burgdorferi spirochetes, which are transmitted to humans by certain Ixodes spp. ticks (1). The infection can involve multiple organ systems and is treatable with antimicrobial drugs; most persons recover fully, especially those who receive early and appropriate treatment (1). The geographic distribution of Lyme disease in the United States and the demographic characteristics of persons affected have been well documented through nearly 3 decades of public health surveillance (2).

However, the frequency of Lyme disease is less well understood. Although 30,000–40,000 cases are reported through surveillance each year, substantial underreporting occurs, as is typical for passively reported surveillance data (1). A previous analysis of insurance claims data for the years 2005–2010 estimated that Lyme disease was diagnosed in ≈329,000 persons annually in the United States (3). We use similar methods to develop an estimate for 2010–2018. 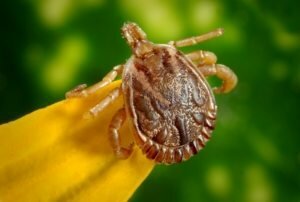