Yesterday the Allied Democratic Forces (ADF), a rebel group, attacked two villages near Beni, killing 12 people who live in the heart of the Democratic Republic of the Congo’s (DRC’s) ongoing Ebola outbreak.

The terrorists killed nine in Eringeti and three in Oicha, according to Reuters. ADF has not publically pledged allegiance to the Islamic state (ISIL), but that hasn’t stopped ISIL from claiming responsibility for the attacks. 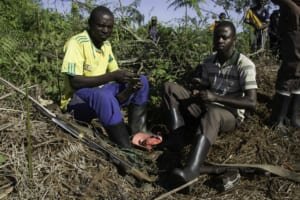