The presence of an extremely stable latent reservoir of HIV-1 is the major obstacle to eradication, despite effective antiretroviral therapy (ART). Recent studies have shown that clonal expansion of latently infected cells without viral reactivation is an important phenomenon that maintains the long-term stability of the reservoir, yet its underlying mechanism remains unclear. Here we report that a subset of CD4+ T cells, characterized by CD161 expression on the surface, is highly permissive for HIV-1 infection. These cells possess a significantly higher survival and proliferative capacity than their CD161-negative counterparts. More importantly, we found that these cells harbor HIV-1 DNA and replication-competent latent viruses at a significantly higher frequency. By using massive single-genome proviral sequencing from ART-suppressed individuals, we confirm that CD161+ CD4+ T cells contain remarkably more identical proviral sequences, indicating clonal expansion of the viral genome in these cells. Taking the results together, our study identifies infected CD161+ CD4+ T cells to be a critical force driving the clonal expansion of the HIV-1 latent reservoir, providing a novel mechanism for the long-term stability of HIV-1 latency.

IMPORTANCE The latent reservoir continues to be the major obstacle to curing HIV-1 infection. The clonal expansion of latently infected cells adds another layer maintaining the long-term stability of the reservoir, but its mechanism remains unclear. Here, we report that CD161+ CD4+ T cells serve as an important compartment of the HIV-1 latent reservoir and contain a significant amount of clonally expanded proviruses. In our study, we describe a feasible strategy that may reduce the size of the latent reservoir to a certain extent by counterbalancing the repopulation and dissemination of latently infected cells. 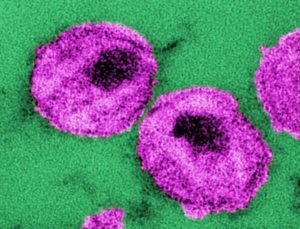