Air pollution linked to much greater risk of dementia

Air pollution linked to much greater risk of dementia

Air pollution may increase the chance of developing dementia, a study has suggested, in fresh evidence that the health of people of all ages is at risk from breathing dirty air.

People over 50 in areas with the highest levels of nitrogen oxide in the air showed a 40% greater risk of developing dementia than those with the least NOx pollution, according to the research, based on data from London.

The observational study, published in the BMJ Open journal on Wednesday, cannot establish that air pollution was a direct cause of the dementia cases. However, the authors said the link between higher pollution and higher levels of dementia diagnosis could not be explained by other factors known to raise risks of the disease. 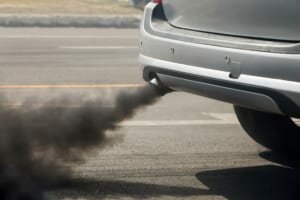